Burkhalter Wrecking Inc., for more than 80 years has been
tearing down old buildings across
Jacksonville to make way for
new ones. We see ourselves as
"Space makers for the future."

But we are much more than that.
We have been instrumental in saving countless pieces of fine
craftsmanship and architectural salvage from the landfill. We have a love of Jacksonville and its history and in many cases have helped to preserve historical structures like the Old St. Luke's Hospital and the Brewster Hospital, among others. We will bid for demolition work in all of north east Florida but our main focus is in Jacksonville where our salvage yard and office is located.

We are always very meticulous about the material that we salvage. Our customers range from individuals restoring old houses to contractors building themed restaurants to people just looking to save a buck on a home repair project. One builder buys old corrugated tin roofing and used brick to add to brand new house to give it a settled, country look. People will come in to rummage through 2000 or more old sash windows or the 4,000 or so old doors, some from the old Flagler Hotel in St. Augustine. There are piles of doorknobs, wood fireplace mantels, used brick, clawfoot tubs & ironwork. Then there is just stuff. Lots and lots of stuff.

Need a ship's searchlight? We have it, chest high, painted regulation Navy gray. How about miniature baseball bats, at $25 each, souvenirs of the Jacksonville Tars? "They used to play at Durkee Stadium over at Eighth and Myrtle back in the 40's." We never throw anything away if there is a way to recycle it. It's this kind of salvage that allows us to lower the bid on demolition. The salvage yard is an education when it comes to bricks - red house bricks, yellow fire bricks used to line furnaces, blue bricks that used to be the floor of the old trolley car barn on Riverside Avenue, bricks partly made of coquina, white sandstone bricks and more.

There are windows from the old George Washington Hotel; a stain glass ceiling from the Mayflower Hotel laid into copper framing; doors from the old Cummers estate; a bell from a church at 21 West Monroe St.

Buildings belonging to insurance companies, banks, warehouses, laundries, oil companies, schools and churches have been laid to rest by Burkhalter. Thousand of houses - have met the Burkhalter Wrecking crew. We even tore down the house that my father was born in.

Burkhalter Wrecking, Inc. has been incorporated since 1966. But was actually started in 1932 by PL Burkhalter ( our Grandfather). Over time it was passed down in a series of events to Gene Burkhalter Sr. (our Father) who was instrumental in solidifying the reputation that we have now. Brothers, Gene Jr- (Vice-President), who oversees the demolition projects, and P.J. (President), who handles the bidding and oversees the salvage yard, are partners in the business. 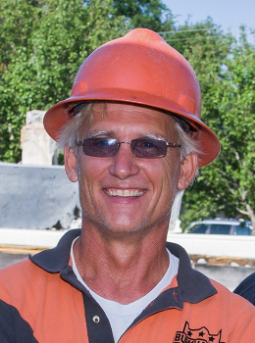 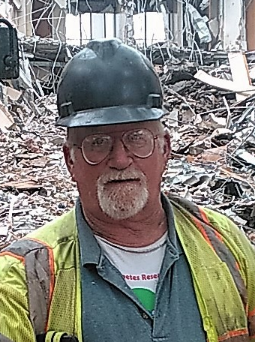